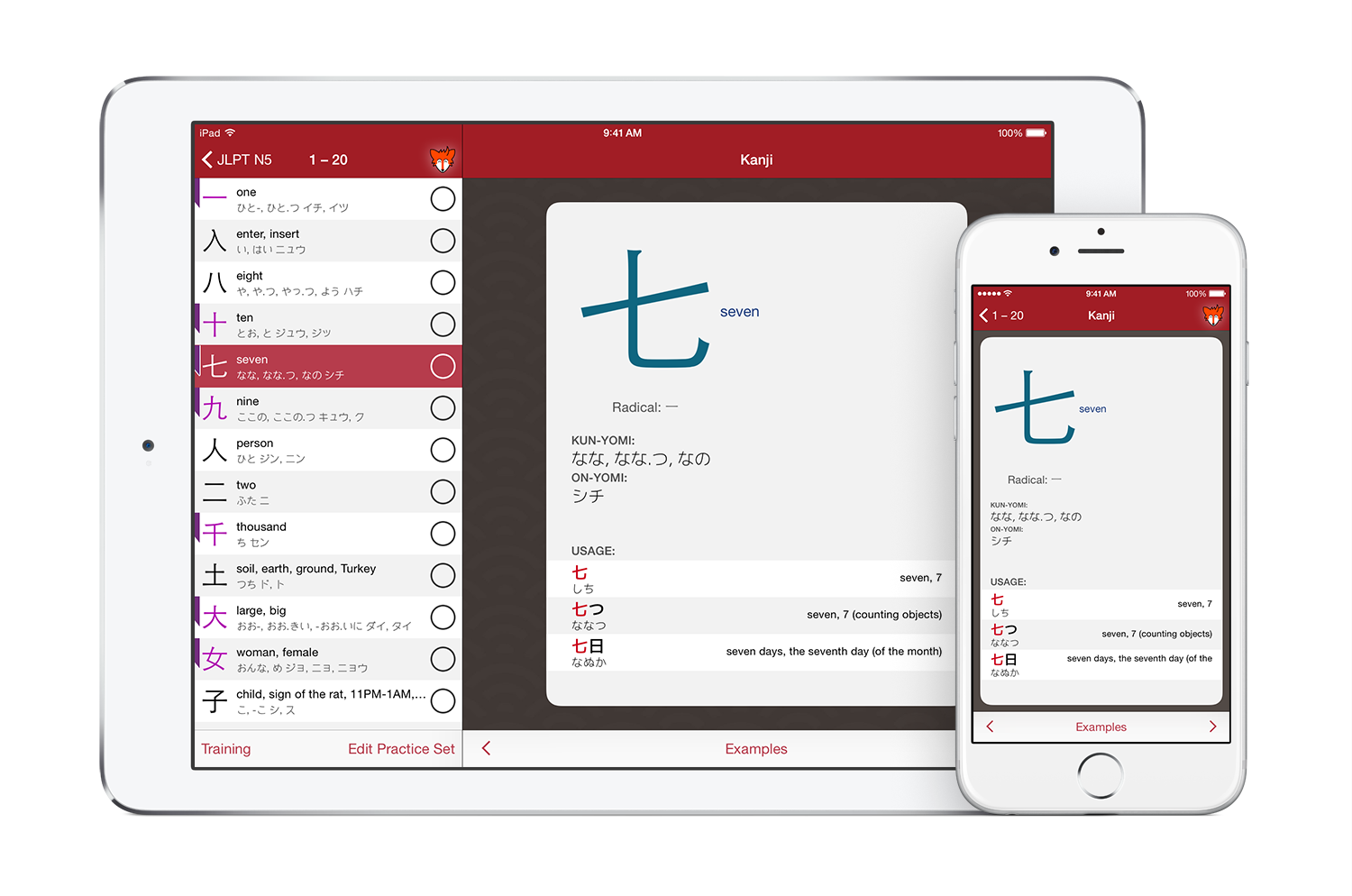 Good news folks, iKanji touch 2 is now live on the App Store! This is a big release because it finally brings iKanji touch natively to the iPad. The whole interface has been refreshed and refined and there are lots of little tweaks and improvements. The main new feature is a vocabulary browser with flash cards and kanji breakdown*. Just like in its big brother, iKanji for OS X. Another much requested and helpful feature from iKanji on OS X is the ability to search by kanji radical parts. This makes it so much easier to find kanji where you’re not familiar with the reading or meaning, I’m sure it will get a lot of use! Happy studying ^_^

* Vocab testing isn’t quite ready yet but will be coming in an update later this year.

File that under grumpy 1 star reviews

App Store reviews are infamous as a lousy one-way feedback mechanism to developers. Thankfully the majority of reviews I get are 4 and 5 star, but every now and then someone posts a 1 star bug report or makes accusations I can’t respond to. So for a bit of balance I’d like to address a few here.

I paid for this app in good faith long ago, but since then the developer’s primary concern has been about pushing “updates” that do nothing more than expand IAP, even as long-standing, irritating bugs go unfixed. You have kanji revision cards missing readings that are then tested for, sets of “fully learned” characters which reset for no reason, etc., but fixing these take a back seat to getting you to pay for “Kanji Drawing Practice” and “Kana Chart”. – Disappointed Developer

Well Disappointed Developer, I’m sorry if you’ve had trouble with iKanji touch. The correct place to report problems if you want them acted upon quickly is here. Why you’ve picked the 1.9.1 update to complain about IAPs that were added in version 1.7 I don’t know. You can read the rational behind adding them here.

By your own admission you bought iKanji touch a long time ago, you can’t expect a lifetime of free updates to a piece of software, it’s simply not financial viable. If you’re a developer you should realise that or you’ll go out of business pretty quickly. We’re not all Googles or Apples, funded by venture capitalists or hoping to get bought up by FaceBook before the money runs out. If I don’t earn enough in sales from the App Store in a given month, I can’t pay my rent, it’s not that I’m a greedy mega corp trying to nickel and dime you.

If you’re wondering why fully learnt kanji are reseting back to unlearnt then you’re probably not understanding the way the spaced repetition system works. Look at the help documentation within the app.

Most readings are wrong. For the price the developer could at least proof tested by a native speaker. – Meksonthego

It has been tested by native speakers – out of the thousands of people using iKanji touch you seem to be the only person who thinks it’s a scam with incorrect readings. The original source of the readings are Jim Breen’s WWWJDIC, a highly respected free kanji database and dictionary. For clarity’s sake we only include jouyou readings in iKanji touch – that is the readings Japanese kids learn at school. There are many more of course, you could spend your life learning every one if that’s your thing, but the majority of people just want to know the basics and you can pick up other readings if they’re used even remotely commonly through everyday usage of the language (e.g people’s names, place names, literature etc).

£3 is a ripoff for a kanji only app. No vocab, grammar or listening. – WillTRiker

No £3 is a bargain. I’m sorry your expectation of software value has been so skewed that you think years of work isn’t even worth £3. If you read the app store description you’d also see none of the things you’re claiming are missing were ever indicated to be part of the app. Even the name ‘iKanji touch’ implies it’s primarily an app for learning kanji.

Won’t let me subscribe to google alert feeds. This app is useless to me. – MJbor

NewsLife never attracts terribly positive reviews on the App Store which makes me sad, but it’s a pet project rather than a real money earner so I don’t let them get to me that much.  When I went and created a Google Alert feed myself I found it added without a problem though. User error perhaps?

Welcome to the new ThinkMac

As you may notice, I’ve completely redesigned the ThinkMac website. Since I originally created the site for a student project 14 (!!) years ago it’s been hosted as static files. I feel it’s now long out grown this and it was time to switch over to a content management system. I’ve been really pleased with WordPress, which powered the old ThinkMac blog and my other business site Light Priority, so it made sense to use it here too. I’m using a customised version of the Business theme by Organic Themes with several plugins including Meta Slider, JetPack, Contact Form 7 and others.

As WordPress performs very poorly on MediaTemple’s Grid service I’ve also moved hosting providers to TSO Host in the UK. This marks the fifth migration this website has made since its inception. Hopefully it’s not something I’ll have to do again anytime soon! 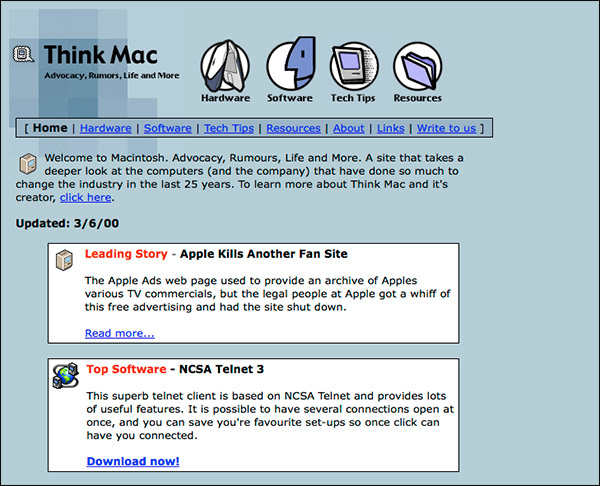 iKanji touch 1.9 (and 1.9.1 which should be on the App Store in a few days) introduce some handy new features for those using the app’s spaced repetition training system. If you don’t currently use the training system then hopefully this will give you cause to try it out.

Let me briefly explain how spaced repetition works in iKanji touch. Kanji move between five groups which have different testing intervals. All kanji start in group 1 which are always due for testing. As you learn about the kanji and answer the meaning, reading and stroke order test questions correctly, they move up into the higher groups. Group 2 kanji are tested daily, group 3 are tested after 3 days, group 4 after a week and group 5 after a month. As long as you keep answering correctly the group will keep increasing until it hits group 5 where you’ll be retested every month. But if you make a mistake when answering a question the kanji will drop back to group 1. This method of repetition insures you keep revising each kanji until you can answer the questions correctly every time.

Previously tracking trained kanji has largely relied on you using your practice sets or working through grades of JLPT levels. The new Kanji to Study screen gives you quick access to all previously trained kanji, including those due for testing at each level. This makes it much more convenient to stay on top of kanji due for testing.

iKanji touch 1.9.1 makes it possible to manually set the retesting date for a trained kanji. For example if you know a given kanji like the back of your hand and really don’t want to see it every month you can set the retesting date much further ahead. To change the date on a kanji, view its flash card then tap button with the group icon and test date in. In the panel that slides up you can pick any date you like. 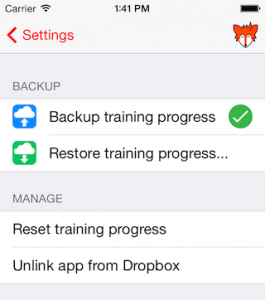 Well what do you know, iKanji has finally been approved for sale on the Mac App Store just 12 hours later than I released the direct sale version. So if you like you can now buy it from Apple.

Before you do though, please remember we make a lot more per-sale when you buy direct and we can offer you updates faster as they don’t have to go through Apple’s lengthy review process. You also don’t have to worry about some arbitrary App Store rule change effecting the functionality we can offer in the future.