I’m sure you’ve all seen the sad news that Steve Jobs died yesterday at 56. I’ve always admired Steve and his work at Apple, NeXT and Pixar. I remember being really affected by the original Think Different ad back in the 90s. It helped get me interested in the Mac and that was a snowball that grew and grew until I quit my day job to found ThinkMac Software back in 2005. I wouldn’t have this job, or be sitting here with my lovely Mac, iPhone, iPod touch and iPad, if it wasn’t for that man. He made computers, music, phones and tablets and everything he devoted his energies to easier, more enjoyable and more rewarding. I’m deeply grateful for his contributions to the technology industry and the world as a whole. I think he taught us all that we should strive for perfection in everything we do and that we don’t have to accept compromise.

It’s my great pleasure to announce that you can now buy iKana Nōto on the App Store! iKana Nōto is a new take on the iKana series and rather than being a flash card based, reference type application, it instead focuses on helping you practice writing Japanese.

One of the things studying Japanese using mobile devices and computers lacks is the sort of hands on approach and muscle memory training you get from actually writing out hiragana, katakana and kanji. I’ve sort to address that with iKana Nōto and it’s really only possible thanks to the iPad’s large multi-touch screen. You certainly can’t write seriously using a mouse or trackpad and the iPhone screen is really too small for writing more than single characters, and even then complex kanji can be a challenge. I wanted to make it easier to practice writing both vertically and horizontally and so iKana Nōto has a selection of templates that allow for both styles. 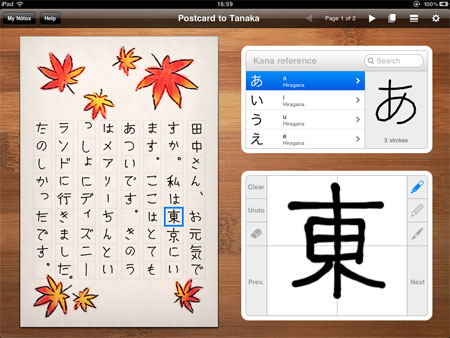 The large writing area makes it easy to draw kana and kanji alike and you can pick the writing tool and stroke width that suit your style. Setting the cursor position is easy and the previous and next buttons on either side the writing area adjust depending on whether you are writing vertically or horizontally.

One of the reasons iKana Nōto took a little longer to release than originally planned was because the direction of the app changed midway. Originally I was planning a more direct port of iKana touch, scaled up the iPad’s big screen. But it rapidly became apparent just upsizing things wasn’t really adding any value or making good use of iPad’s potential. Instead the reference side of the app has been reduced to a small part of the overall functionality. 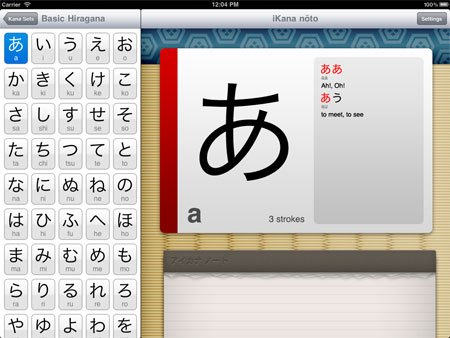 I’m planning to add more templates and add a kanji reference and dictionary to the app over time. I also have plans for a Mac companion app that will allow printing and creation of nice high-resolution versions of your nōtos. Stay tuned for more details. 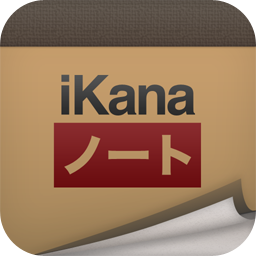 The iPad screen is pretty big and scaling flash cards up isn’t that exciting. Let’s try something different…

Japan is a country near and dear to my heart and if you’ve seen the devastation caused by the earthquake and tsunami on the news you know the kind of massive scale it’s on. The Japanese government has made an appeal for aid and great organisations like the Red Cross are stepping up to provide support for those caught up in the disaster. Please consider making a donation.

If you follow ThinkMac on Twitter then you may have noticed about five weeks ago I tweeted “NewsLife 2 submitted to the App Store!”. Unfortunately as of the time of writing its still stuck in review. Now from what I hear from other developers the review time on the Mac App Store (MAS) is longer than on the iOS store. For that it usually takes about a week in my experience. It’s a lot longer than that on the MAS. However the kicker is I know of other apps that have been submitted, approved and subsequently had updates submitted and approved all within the time NewsLife has been in review. Why this is I really don’t know. I’m pretty sure NewsLife is playing by all the rules so I’m at a bit of a loss as to why it’s taking so long. As you can imagine it’s really frustrating for me. It’s been sitting there for a month not earning any money and all the time more competitors are piling into the MAS, so when it does eventually make it, the sales will potentially be lower than if it had been approved weeks ago. 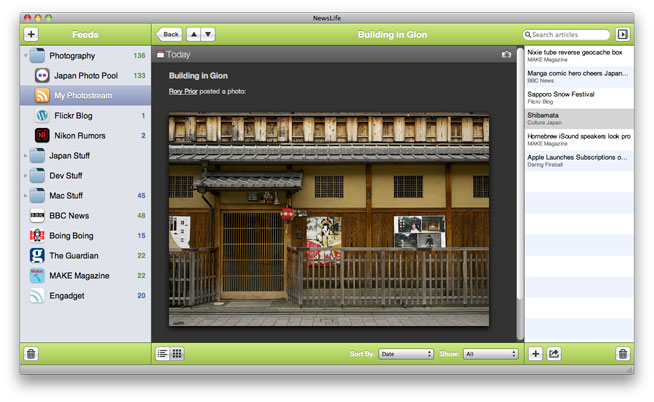 So I’ve decided to release NewsLife 2 directly today and forgo waiting for the MAS approval to do a joint launch. NewsLife has been totally revamped for version 2 and I think you’ll love it. The direct download version will actually be more up-to-date than the version submitted to the MAS as I’ve had an extra month to add in some additional goodies. For you the customer at least, this cloud has a silver lining!