This is quite a big update to iKanji touch so lets look at what’s new:

If you ever find yourself stumped looking kanji readings trying to remember if that’s a tsu or a shi or perhaps a re or a ne, the kana chart may come in handy. With a full alphabetical listing of all the hiragana and katakana characters with romaji. 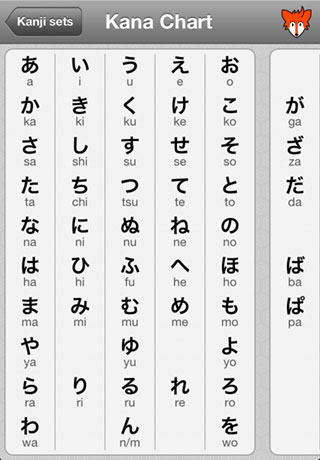 Have you ever wanted to just practice writing a kanji over and over until it sinks in? The Kanji Writing Practice feature offers just that. Watch the on-screen stroke animation or just work from memory. If you find it a little tricky using your finger to write the more complex kanji then a stylus, such as the Wacom Bamboo Stylus, works great. The first seven writing squares offer a guide to trace, after that you’ll need to draw it from scratch. iKanji touch automatically progresses you to the next square after you’ve drawn the correct number of strokes. You can also tap any of the squares to view what you’ve previously drawn. 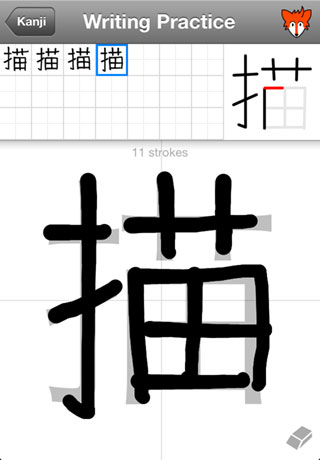 If you enjoy writing kanji on your iPhone please have a look at iKana Nōto for the iPad which takes the concept to the next level.

Other changes and updates

These features and fixes are free to all users: